Dear Folks,
Jesus calls some fishermen and tells them “From now on you will be catching
men.” Notice that He did not start with a promise of saving from sin, talk of healing, but of being fishers for souls. The Second Vatican Council’s Constitution on the Church teaches that the “obligation of spreading the faith is imposed on every disciple of Christ, according to his ability (LG #17).” The question “are we dedicated to following Jesus?” cannot be answered without asking “are we dedicated to spreading the Gospel to all people (Matthew 28: 18-20; Mark 16:15-16; Luke 24:46-38)?” Our Church has been going through some serious challenges lately. What if God is allowing us to be tested, that we may show if we take Him seriously? What if part of the answer is how we respond to the call to share our faith with the world? The future of our faith communities could very well depend on how we respond to God’s call now.
The problem, of course, is that we were not taught how to do it, and it seems that most
Catholics have not been taught that they should. Even in the seminary, they did not teach us how to share the Gospel with people who did not already accept it.
We shall need to work on this for some time, but I would share some ideas to stimulate
thought and conversation.
United State Conference of Catholic Bishops put out a document “Go and Make
Disciples.” They described three tasks to spreading the Gospel: 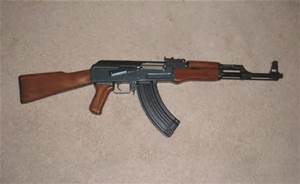